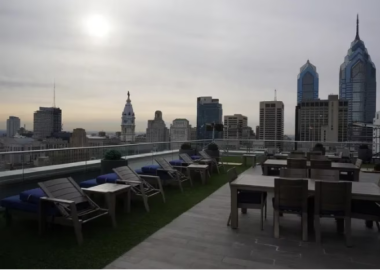 In a recent article, “COVID’s legacy could empty out the office towers of Philly’s Center City,” Jake Blumgart, for The Inquirer, discusses the future of office towers beyond the pandemic. Vice President Michael McCloskey provides insight about the adaptability of office towers for residential uses.

Why new buildings are hard to convert

Newer office buildings, from the mid-century modern obelisks at Penn Center to the cyclopean Comcast towers, are a different story altogether. Ideally, residential units would have a depth of 34 to 35 feet, at the most. Postwar office buildings are often well more than twice as deep, presenting an enormous challenge for architects trying to design saleable units.

“If a building is 75-to-80 feet in depth, you end up with a weird no-man’s land,” said Michael McCloskey, principal at the architecture firm Bernardon. “If it’s five or 10 feet [of extra space], you can fill it with residence storage or something. But if it’s 120 feet deep, what do we do with all this windowless internal space?”

Consider the high-end condo towers currently coming on the market, such as the Arthaus on South Broad Street or the Laurel Rittenhouse Square. A theoretical 3,000-square-foot unit can be expected to have daylight reaching almost every room. Converting a contemporary office building could result in 1,000 square feet of sunbathed space and 2,000 square feet of dark area.

McCloskey argues that these kinds of worst-case scenarios will be most prevalent in the suburbs, where sprawling office complexes and towers in locations unappealing for residential uses will pose the most serious problems.

He said higher-end suburban locations such as Cherry Hill and King of Prussia should be OK.

“I would have more concerns about what happens with these monolithic giant office buildings that sit amongst the seas of green space in the suburbs,” he said. “If you can’t utilize that or convert in some way, they’ll get knocked down, scratched, and build something new. That’s just the most [environmentally] unsustainable option out there. That’s the struggle.”

Also harder to adapt will be wider, squatter buildings — of no particular architectural interest — surrounded by parking lots. Demolition will be the likely fate of these places, in part because they are not very adaptable to residential uses.

McCloskey’s firm has evaluated potential conversions in Philadelphia, Wilmington, and the collar counties. In one suburban complex (which he cannot identify because it isn’t public yet), the office building was 82 to 85 feet deep. McCloskey came up with creative solutions, such as communal lounges or resident storage in the darkened interior.

Written by Jake Blumgart; Originally published in The Philadelphia Inquirer