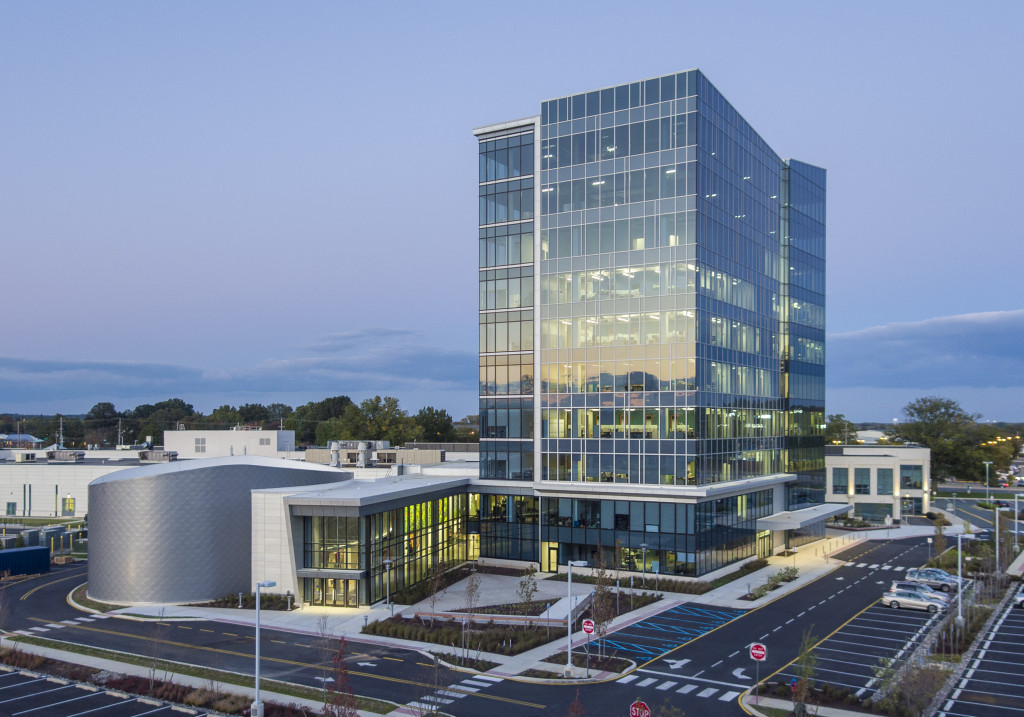 Many residents of the Newark, Delaware area may remember the sprawling industrial campus on South College Avenue as the home to the Newark Chrysler Plant, a 3.4 million square foot automobile assembly plant that operated from 1957 to 2008. Located across from University of Delaware’s football stadium, the plant rolled off millions of Chrysler Dodge and Plymouth cars during its decades-long operation and served as an economic hub of Newark and the surrounding region.

Today, the industrial campus is the home to the University of Delaware’s STAR Campus, a place where top academics and research organizations can work alongside–and collaborate with–industry leaders and community partnerships. The STAR acronym stands for Science, Technology, and Advanced Research, and the vision for the campus reinforces just that; it was founded on encouraging intellectual aspiration with economic development in order to advance knowledge and position the University of Delaware as a leading research university.

The successful transformation of the property is also a powerful symbol of the American economy’s shift from an economy of industry to an economy of technology. Bernardon has been an integral part of the STAR Campus’ development, providing thoughtful design for several projects, including lab fit outs for an Innovation Center and the architectural design of the Tower at STAR. Let’s explore how the property transformed from industrial campus to innovation hub over the years. 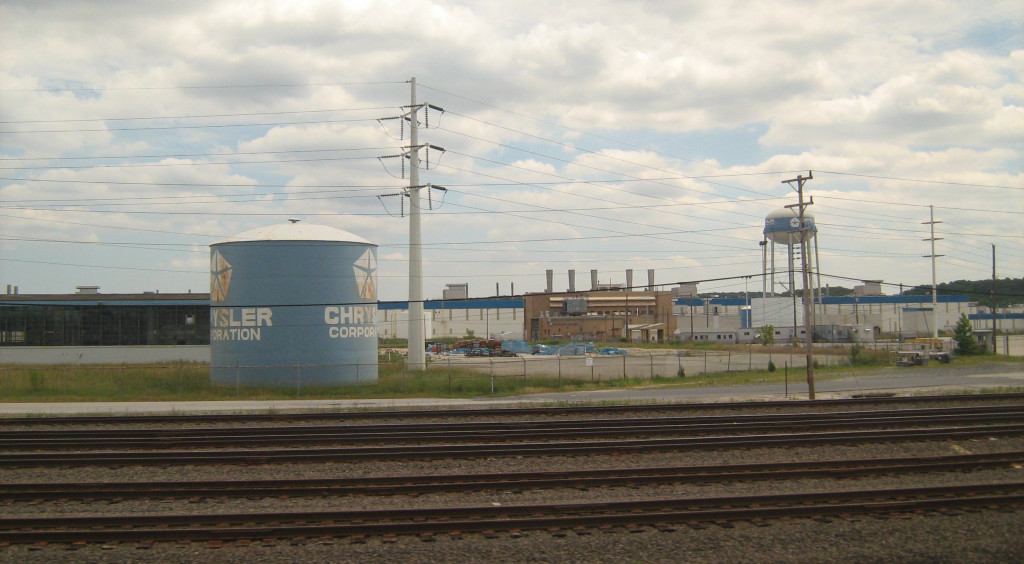 Chrysler first acquired the property in 1938. The company operated a parts depot on the property until 1951, when an assembly plant was constructed to manufacture tanks for the United States army to support the Korean War effort. By 1956, Chrysler initiated a five-year phase out on the tank plant and constructed a 1.5 million square-foot plant to assemble Plymouth automobiles.

Over the decades, the Newark plant rolled out cars including Chrysler Intrepids, Concordes, Spirits, LeBarons, as well as Dodge Darts, Durangos, Polaras, and Plymouth Furys. By the early 2000s, it became somewhat of an industrial landmark – a symbol of a bygone era of thriving industrialism within the American automobile industry. As the U.S. economy rapidly shifted from an industry economy to a technology-driven economy, the significance of the Chrysler plant would only deepen as its operations continued well into the 21st century.

Its march forward wouldn’t last for long though. After struggling to survive a sharp economic recession combined with increased fuel prices and decline in sales, Chrysler closed the aging plant in 2008. Nestled along South College Avenue, near the burgeoning University of Delaware campus, the property wouldn’t remain vacant for long as the University purchased the property the same year, and its transformation into the STAR Campus would soon begin. 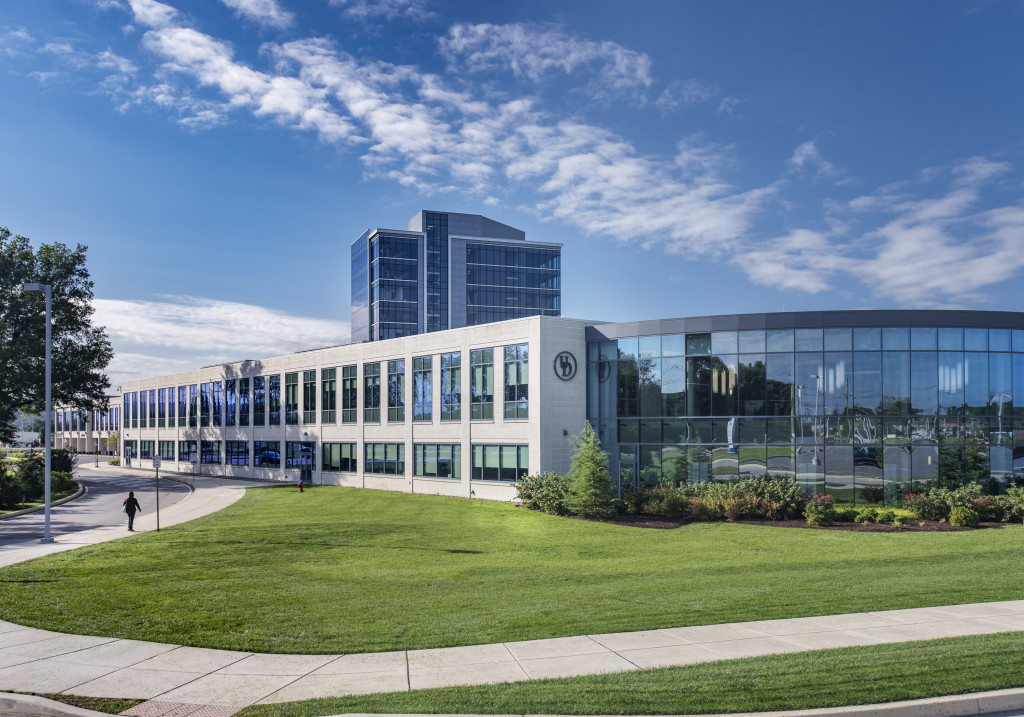 The purchase of the plant property by the University in 2009 ushered in a new era not only for UD, but for the surrounding city of Newark as well as the developer, construction companies, and architecture firms – including Bernardon – who would come together to revitalize the property into what is now known as the STAR Campus.

When developer Delle Donne & Associates decided to keep the frame of the Chrysler administrative building on the property, the decision was made to build the new buildings around it. UD’s College of Health Sciences (UDCHS) was the first tenant at STAR Campus. Delaware Technology Park leased space within the original building for an incubator function with lab and office space for start-up companies.

When Delle Donne & Associates decided to construct a high-rise tower on the campus, they retained Bernardon for architectural design. This project would come to be known as the Tower at STAR. Motivated by UDCHS’ Dean Kathy Matt’s desire for “constant collisions that foster spontaneous ideas and innovations”, Bernardon project architect Tim Kiser cultivated a design inspired by the “butterfly effect”.

The “butterfly effect”, a concept within the mathematical chaos theory, states that the smallest change or interaction in one location can prompt dramatic change in another. The design for the Tower at STAR reflects this concept by taking on the abstract form of a butterfly emerging from a base, and will serve as an iconic reminder of the change, innovation, and interactions the STAR campus strives to create.

Contained as a part of The Tower at STAR, the large Atrium, which functions as in indoor “street”, showcases a collaborative workspace, a function training fitness center, a maker space, a demo kitchen, and outdoor plaza space. All of these pieces lead to the Audion, a state-of-the-art multipurpose presentation space that can accommodate up to 300 people. Both designed by Bernardon, the Atrium and Audion connect the first renovated building to the Tower.

Currently under construction is the Ammon Pinizzotto Biopharmaceutical Innovation Center, a six-story 200,000 square-foot building that will foster research by more than 150 universities, companies, and nonprofits across the United States. The building will also serve as the headquarters for NIIMBL, the National Institute for Innovation in Manufacturing Biopharmaceuticals. Bernardon is providing local architectural construction administration for the primary design architect, The Smith Group.

A Transformation Led by Thoughtful Design 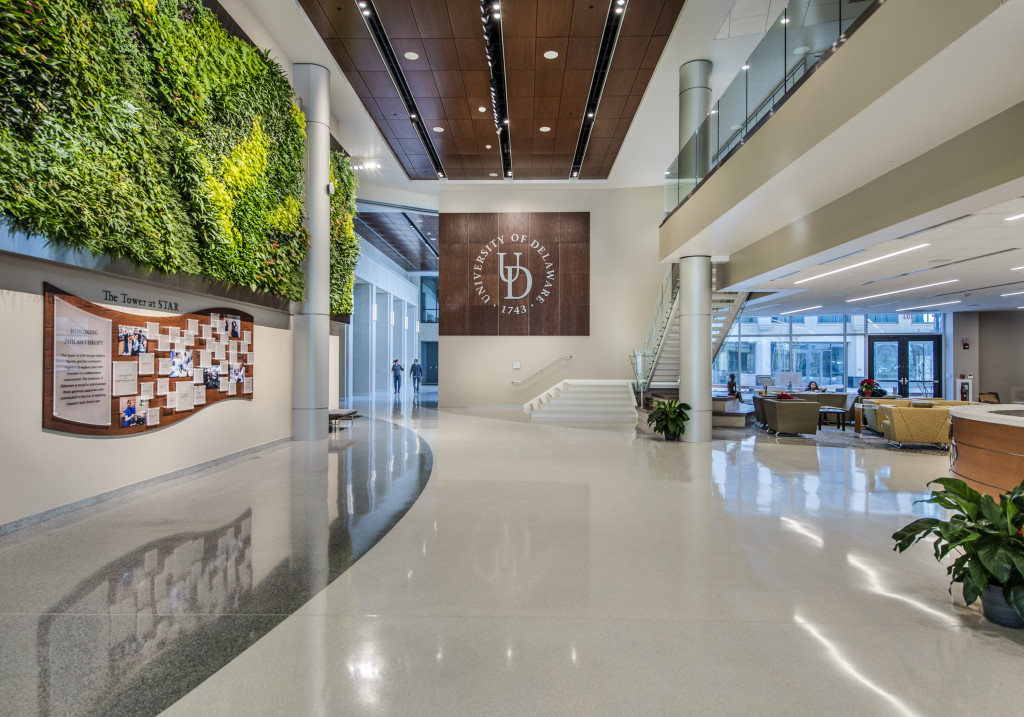 While the Newark Chrysler Plant will always hold an important place in the history of Newark – and American industrialism – this new era of innovation by means of the STAR Campus is proving to create opportunities for growth and revitalization not only in the science and tech industries, but for the surrounding region as well.

In addition to the master plan of STAR Campus, a transit-oriented development plan is underway led by the implementation of a train station project to replace the current Newark Station. This will serve to anchor the STAR Campus as connection to major destinations including Philadelphia and Washington, D.C. with the hope that STAR Campus becomes a destination in itself. Also under construction at this time is an R & D facility for The Chemours Company.

Bernardon is proud to participate in the transformation of this property by providing thoughtful and innovative design for the Tower at STAR, the Audion and Atrium, and collaborative support of The Ammon Pinizzotto Biopharmaceutical Innovation Center.